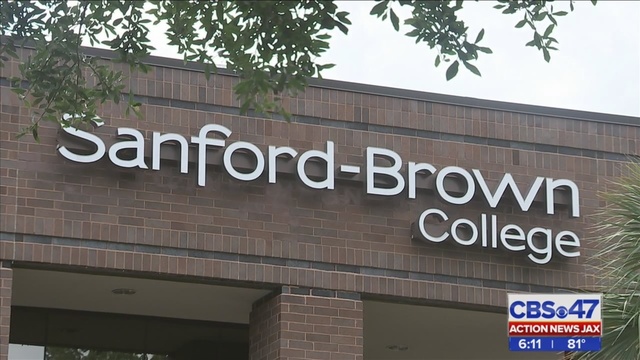 Let me guess you find out that Sanford Brown has shut down its doors and left thousands of students like yourself lost and unsure about their student loans. Now you are wondering if there is a way out for your student loans since they close down and fail to provide you with a certified diploma or the job placement they promise you when you enroll.

Luckily there are options to wipe out your student loan and even get a refund on any payments you have done toward qualifying loans, so don’t wait for too much and take action while these options still available since trump is already looking over take a different action against for-profit schools.

Before we dive into the options let us give u a bit of history and why Sanford Brown Close.

For-profit colleges are private schools where degree-seeking students pay high levels of tuition for classes. This often means taking out hundreds of thousands of dollars in high-interest loans in the process.

They differ from traditional public and private schools because typically a college or university does not profit from their programs. The cost of tuition goes towards paying professors and administrators a set rate, and operating the basic programs of the school.

For-profits, on the other hand, have a CEO who profits more than the university makes. Therefore they have more incentive to charge more and draw in more students with fewer qualifications.

Why is Sanford Brown Shutting Down?

In 2012, they announced that they would be shutting down many of their locations. This is a result of an audit by the IRS that found that the company was mishandling funds. The review found many discrepancies in the business records over the past decade.

Later, in May of 2015, they announced that they would slowly phase out the last of their locations. This resulted in a total shutdown of the entire organization once the phase-out was complete.

A lot of the company’s troubles resulted from a 2007 lawsuit which received a lot of publicity.

It was a class action suit filed by multiple former students which lobbed the following accusations at the school’s leaders:

The students won the lawsuit, leading the company to have to allow student loan forgiveness to many students who had taken out loans under the assumption that the school was much better than it actually was.

How to get forgiveness on your Sanford Brown Student loan?

The eligibility requirements for Sanford Brown Closed School Discharges are quite simple. Basically – you had to be attending one of the Sanford Brown schools that shut down while it shut down, or have withdrawn from the school within 120 days of the shutdown.

As long as you satisfy the above requirements, you’ll eligible to receive an Sanford Brown loan discharge.

The legislation was prompted by the closing of Corinthian Colleges, which left approximately 16,000 students with debt and no degree. Although borrowers have been able to seek loan forgiveness from fraudulent colleges since 1995, BDR makes the application process much easier.

If you are one of the student that feel unsure about your loan status and how to go about it or find the application a bit difficult, we can help you navigate and understand your loans as well as providing you with professional assistance to file your claim professionally and guarantee the best possible outcome.