Most Trusted Payday Loans Online in 2022

MaxLend can deliver up to $3,000 to your bank account as soon as today*.

With locations in over 20 states, finding a store nearby is quick and easy. Find your closest store location

Blue Trust Loans can deposit up to $3,000 into your bank account as soon as today 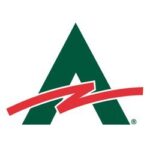 Applying for a loan at ACE does not affect your FICO® credit score.

Payday loans are small, short-term cash advances that cover urgent (and frequently emergency) expenditures. They’re significantly criticized because of the high rates charged and their long-term influence on borrowers.

Despite their controversy, they appear to be viable for borrowers with bad credit and few alternatives to obtain money in an emergency.

The Concept behind payday loans

Since the loans are short-term and unsecured (they do not presuppose any collateral), they also have very high-interest rates. The nature of the loan allows lenders to charge triple-digit APR rates that are much higher than usual rates for personal loans or credit cards. The average payday loan fee is $15 for every $100 borrowed, which equals nearly 400% APR. The maximum loan rates are regulated at a state level, depending on the location. Ideally, they should not exceed the allowed numbers; they almost always do in reality.

Unlike traditional bank personal loans, payday loans are easier and faster to get (often within a business day). They represent a very beneficial means to bridge the gap between paychecks. Unlike banks unwilling to grant a loan to a borrower with a poor credit record, payday lenders offer much more lenient terms to their customers in this respect. However, some states require lenders to check the prospective borrowers in the state databases to exclude the possibility of excessive lending practices.

Apart from excessive APR rates, many lenders also offer the option to renew or roll over the loan (if a borrower cannot repay in time). Renewal costs an additional fee. However, this is not what makes it wrong; the longer the loan is rolled over, the more significant is the interest over the term. This is, eventually, what leads to the situation when repayment becomes unaffordable and a borrower gets into the cycle of debt.

Small cash loans have historically been governed at the state level. The legal framework for a loan’s amount, interest rates, fees, and other circumstances is established by state legislation. At the present moment, each state regulates the operation of all payday lenders on their territory, and their laws are not homogeneous. Some states set more restrictive (and even prohibitive) measures about the industry; others are more lenient.

According to the National Conference of State Legislatures as of 2019:

Ohio used to be the winner in the nomination for having the highest prices for payday loans until 2018. That was possible because payday lenders could register as mortgage lenders.

They could go around the law since they had no competition and could therefore charge triple-digit interest rates as much as they pleased. Starting on April 27, 2019, if a business wishes to operate in Ohio, it must adhere to a 28 percent APR cap. There will be no more fooling around.

The Idaho Legislature, in particular, has shown little interest in regulating payday lending. The state currently has no restrictions on the duration or amount of finance charges that may be charged.

The maximum APR is not mentioned, either. The only condition is that the loan amount should not exceed $1,000 or 25% of an individual’s gross monthly income, with three rollovers permitted. Payday lending in Idaho is, therefore, no surprise.

Loans from third-party lenders are meant to provide temporary help for financial needs and are not meant as long-term financial solutions. Consumers who have credit issues or are in debt should look for professional debt and credit counseling.

Consumers are asked to learn of the risks associated with taking out short-term loans alternatives that could be more suitable for your financial needs and situation and any local and state laws applicable to short-term loans in your form. We firmly encourage you to thoroughly read and look at any loan agreements as you are entirely responsible for abiding by the terms and conditions of your loan agreement.

By accepting the terms and conditions of any loan offer, you agree to repay the loan principal and finance charges according to the payment schedule detailed in the documents provided to you by your lender. Extra fees or charges may be added if you miss a payment or make a late payment. debtstrategists.com does not control the sum of these fees or charges you may face for nonpayment, late payment, or partial payment.

debtstrategists.com’s service is not available in all states. Residents of certain conditions, including, but not limited to Arkansas, New York, Vermont, West Virginia, Washington, and Pennsylvania, are not eligible to utilize this website or its service. We reserve the right to change the availability of our service at any time without notice. If you request a loan in a state where such loans or loan products are prohibited or where debtstrategists.com.com does not have an available lender or lending partner, you will not be connected to a lender or lending partner. We encourage you to study and comply with your state’s regulations regarding shorter-duration loans. In using our services, you may be connected with a tribal lender. Please be aware, tribal lenders are subject to tribal law and particular federal laws but are exempt from abiding by state law. Tribal lenders may also require resolving disputes in a tribal jurisdiction. Please thoroughly read and understand the terms of any loan offered by any lender and do not agree to a shorter-duration loan offer that includes terms that are not agreeable to you or that you are unable to repay.

This website does not make loan offers. This website connects users with lenders. The operator of this website is not a lender, does not make credit decisions or broker loans. The operator of this website does not charge you fees for its service and does not represent or endorse any participating shorter-duration loan lender. Submitting a loan request allows us to connect you to third-party lenders and does not guarantee an offer for a loan. This website does not guarantee approval for a shorter-duration loan. Credit checks may be performed by lenders from credit bureaus or other providers of credit information. The lender may make consumer reports or credit checks through Equifax, Experian, TransUnion, or alternative providers. You are not obligated to use this site and are not obligated to contract with any third-party lender or service provider. These disclosures are for informational purposes only and should not be considered legal advice. NOT A LENDER NOTICE The operator of this website is NOT a lender who does not make offers for loans and does not broker online loans to lenders. This website is not a representative or agent of any lender and does not make credit decisions. Submission of a loan request to this website does not guarantee an offer or approval for a loan. Some lenders may require faxing of information. In some instances, you may have to visit a physical store/branch location to complete your loan request process. Please get in touch with your lender directly with questions or issues regarding your loan.

Some third-party lenders in our lender network may conduct credit checks with credit reporting bureaus or obtain consumer reports through alternative providers to determine your eligibility for a loan. By submitting your information through this website, you agree to allow the third-party lenders in our lender network to verify your information and check your credit. Any corrections in this policy should be sent to info@debtstrategists.com