Breaking Down Credit Card Debt Statistics in the U.S. For 2020 Based on Multiple Findings. 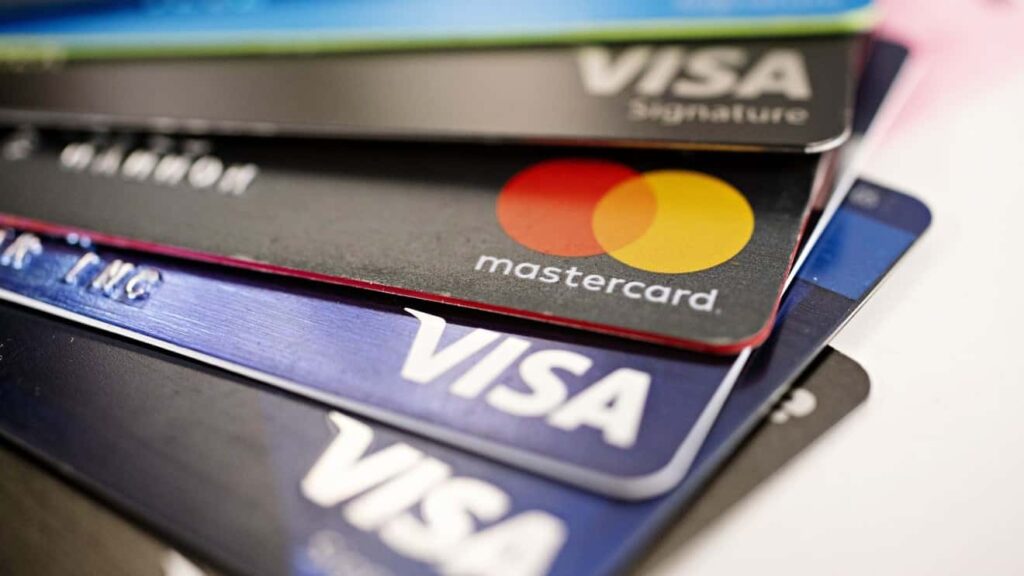 Back in February of this year, the Federal Reserve issued a report stating that Americans hit an all-time record high for credit card debt owing a total of close to $1 trillion. However, by Q2 2020 credit card balances decreased by a total of $76 billion due to the decline in overall consumer spending. In addition to the decline in spending consumers reportedly paid down $58.1 billion in credit card debt during Q2 2020 which according to reports is the second-highest paydown since 1986.”

Many financial experts concur that the reason for the fluctuation in credit card debt for 2020 is the result of COVID-19. The impact of the pandemic has many more consumers reaching for their card to cover everyday expenses..Wallethub reported the average credit debt per household and the total credit card debt has decreased drastically since Q4 2019 and Q2 2020 at 8.2% and 7.6% respectively. It is expected that 2020 will close out with credit card debt having its first reduction since 2009. Creditcards.com states that “Consumers have added to their credit card balances have by 23% as a direct result of the COVID19 pandemic.”

Credit Card Debt in the U.S.

Interestingly enough, the latest Experian State of Credit Report has shown that the youngest generation Gen Z has shown the greatest improvement in overall credit data for 2020 compared to a 2019 report. Gen Z has the lowest delinquency rate excluding the Silent Generation, among all generations according to this report. This is a big change considering the annual State of Credit Report in 2019 found that Gen Z carried the highest delinquency rate.

Delinquencies for 2020 is on the Rise

The highest delinquencies are with the younger millennials. This group has a delinquency rate of 9.36%. According to Ted Rossman, an analyst with CreditCards.Com, this is due to this generation suffering financial hardship more than any other generation. Rossman says that the pandemic is to blame for the current state of Americans and credit card debt. He also mentions that millennials are struggling the most and are relying heavily on credit cards for their basic necessities.

Most millennials lack an adequate amount of savings to support themselves in the event of a financial crisis, which is the reason for the increase in delinquencies and unpaid debts among this generation. This also justifies the largest increase in debt for this generation in the last 5 years. Since 2015 Millennials have increased their overall debt by 58%. Rossman mentions that the recent pandemic marks 2 recessions that millennials have experienced during their employment history.

Failing to pay the Minimum

Prior to March of 2020, most financial experts were recommending that consumers look into balance transfers or personal loans to consolidate their debt, however, because of the current situation, banks and credit card companies are forcing consumers to explore other options because of the risk involved. Some financial experts are still advising to look into 0% balance transfer credit cards, however, they are also recommending to seek professional help with managing their finances.

CreditCards.com conducted a survey in July 2020 regarding the current state of credit card debt of individuals. “The sample size surveyed 2,372 adults and was conducted online from July 15-17 2020.” This survey found that over 60% of those polled indicated that they would not be able to meet their credit card minimum payments over the next quarter due to the pandemic. Close to 80% of individuals surveyed back in August of 2020 expressed concern about the inability to meet the minimum payment requirements on their credit cards due to the unemployment rate being 10% and continuing to rise.

Average of Individuals Paying on Time

Recent surveys have shown that 27% of Americans admit they fail to pay their bills on time and close to 60% continue to struggle with reducing the amount of debt that they have. In fact, an estimated 16% more households are carrying revolving credit card debt each month compared to 2019. On the other hand, based on the Harris Poll in March 2020, 69% of U.S. adults pay their bills on time and have no items in collections. This number is still lower when compared to other years.

Aside from having the largest amount of credit card debt compared to other generations, Gen X also has the highest credit card utilization rate, at 32%. Millennials and Gen Z have the greatest financial stress among all generations yet they have experienced the biggest decrease in their utilization rate. This rate has dropped by 5%-6% between Q2 2019 and Q2 2020, which is just under 30%.

Prior to the Equal Opportunity Credit Act of 1974, women struggled to receive equal treatment when it came to obtaining credit. Now, based on Q2 2019 information from Experian, women are slowly reaching parity in all aspects of credit as their male counterparts. Based on this report, women had a lower average credit card balance than men, more average credit cards than men, and comparable FICO scores. The average male score is 705 and the average female score is 704.

Updated information from September 2020 still supports the findings in 2019 that men carry more average credit card debt than women. In 2020, men had an average of $7,407 an increase of approximately 14%. Women have shown a 16% decrease in their average credit card balances compared from 2019-2020. This significant difference is attributed to the type of purchases made between the two genders. Women are known to use their cards on smaller expenditures, while men will use their cards to purchase more expensive and luxurious items.

According to recent reports, most credit card companies will allocate a budget that is set aside each year for credit card debt settlement. Most credit card companies will settle for at least 30-80% of the outstanding credit card debt. The number of individuals that are using a debt settlement option is inconclusive since the option can be performed without or without professional guidance. 1 in 4 Americans seeks professional help to manage their finances according to the National Foundation for Credit Counseling, while an estimated 3 in 4 believe that they could benefit from professional credit counseling services.

If individuals are experiencing financial struggles regarding their credit card debt, they are more apt to first turn to their friends and family and then seek professional help. Less than 10% are willing to turn to a professional first.

The key takeaways from the breakdown of these statistics are:

Identify the best option for debt relief in your situation.