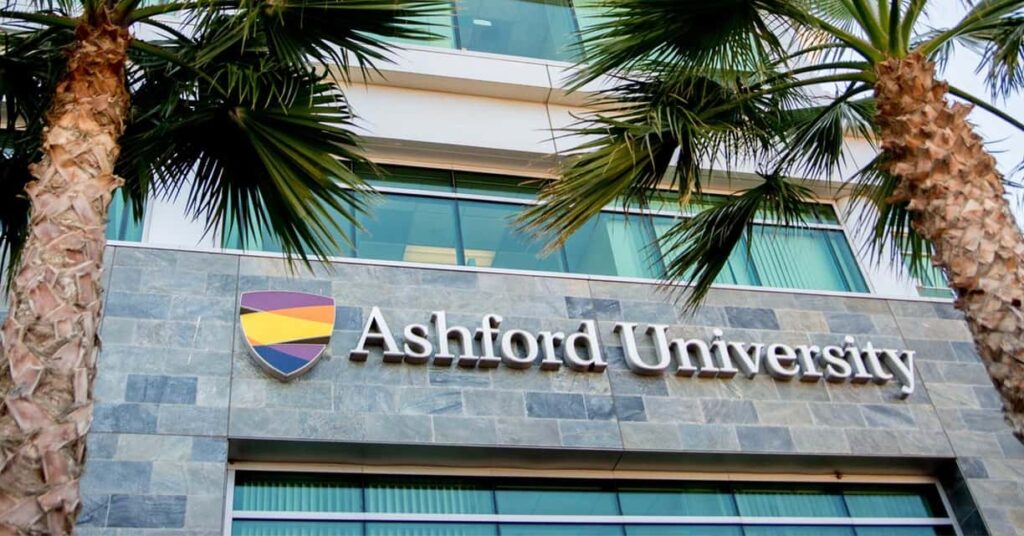 Ashford University (AU) a for-profit college that has lost multiple class-action lawsuits in 2017, 2018, and 2019, based on the fact that it offered unrecognized degrees while using predatory recruiting and lending tactics (one of the favorite targets are veterans).

Ashford University and its parent company, Bridgepoint Education. The state has accused the online-only school of misleading students about its tuition costs, burying them in student loan debt, and offering little of value in return.

Ashford University has begun closing down multiple locations and their enrollment rates have declined since the lawsuits and the loss of their accreditation in 2018. Unlike the brick-and-mortar state school, Ashford University doesn’t have libraries, laboratories, or classrooms. And yet, it charges students considerably more-about $60,390, according to the lawsuit, for an online bachelor’s degree.

According to the lawsuit, the vast majority of Ashford’s earnings come from federally subsidized student loans and grants. As the university grew exponentially-with its enrollment swelling to more than 80,000 students in 2011-Bridgepoint Education’s revenue climbed. The company made $968 million in 2012.

Ashford University How to Get Loan Forgiveness

To get your Ashford University loans forgiven you have two options.

As long as you have the above requirements, you’ll eligible to receive student loan discharge from Ashford University.

You Are Not Alone

You can decide to talk to a financial advisor to help you navigate and understand your loans as well as providing you with professional assistance to file your claim professionally and guarantee the best possible outcome.